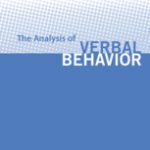 It is important that if a child can point to or find an item (act as a listener) that they can also tact, ask for or label that item (act as a speaker) without further teaching. It is also important that children learn how to acquire new language without any direct teaching, but acquire it through listening to others. This is a conceptual paper focussing on this joining of speaker behaviour and listener behaviour: naming. The authors describe different subtypes of naming and how to test for these subtypes. The goal is to assist teachers to systematically implement procedures to induce specific subtypes of naming. This paper was published in The Analysis of Verbal Behavior journal in 2018.

Following on from the conceptual article on naming by Hawkins, Gautreaux & Chiesa (2018) this research project tested 6 children diagnosed with autism for the presence of the 6 subtypes of naming. The purpose of the project was to determine whether the 6 children demonstrated emergent behaviour, for example if taught to point to an item then could they also tact/label that items without further teaching? Recommendations were made for each participant in terms of how their curriculum should change to ensure emergent behaviour is maximised. This research was presented in poster format at the 2018 CABAS conference in New Jersey.

If a child acts as a listener (can point to or find an item), then it is important that they can also act as a speaker (ask for or label that same item) without further teaching. It is also important that children learn how to acquire new language without any direct teaching, but acquire it through listening to others. This is known as emergent verbal behaviour. This is an experimental paper focussing on using procedures to induce emergent verbal behaviour in older children diagnosed with autism. The results of our study were not in line with previously published research with younger children diagnosed with autism. It is suggested that additional prerequisites may be required for this population. This paper was presented at the 45th annual ABA convention in Chicago (May, 2019).

This study replicated previously published research by Lodhi and Greer (1989) and showed that the presence of anthropomorphic toys (e.g. dolls, characters) led to more spontaneous language for two children diagnosed with autism.

This paper was presented in poster format at the 7th International CABAS Conference (New Jersey, USA) in 2015.

Strictly necessary performance and functionality cookies Always Enabled
These are cookies that enable core functionality and performance of our website including security, accessibility, network management as well as allowing you to log into secure areas of our website.
Analytical/performance cookies
These allow us to recognise and count the number of visitors and to see how visitors move around our Site when they are using it. This helps us to improve the way our Site works, for example, by ensuring that users are finding what they are looking for easily. The cookies collect information in a way that does not directly identify anyone.
SAVE & ACCEPT